Day 5: The Corpus Of Terror 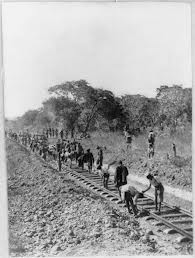 Firstly – I will explain exactly what a corporation is and how it functions. Now – in order to understand how the corporation came to be what it is today it’s of benefit to look back into history – and see why the corporation was first born. As such – the birthplace of the corporation was in the wake of the industrial revolution, as it was realized that a massive infrastructure of railways would really benefit the productivity of the newly created industries. But as you can imagine railways are no cheap thing – and obviously at that time there was no single man that wanted to stand the risk of such a massive investment. Accordingly came the idea of the “joint venture” – meaning that – several investors decided to join together with their riches to as such pave the way for the railways. Yet, there was still one problem – what if the railways didn’t bring any returns? Would then these courageous investors be completely ransacked by bankers, and other debtors claiming back their money? That could obviously not happen – and as such the corporation was formed – and it was designed as a “legal entity” – and would as such be responsible for all the debts and the shareholders (owners) of this legal entity – would as such not have to be personally responsible if their business venture would completely go of rails. The “investors” would as such not have to loose their home, wife, and mule only because their business went to shit – they would be spared and the legal entity (the corporation) would instead take the hits; which wasn’t as serious to the legal entity because it wasn’t a flesh and blood being and didn’t require a home, a wife, or a mule.

Thus – the first railways where built and they were a great success – and much money was made – and within all of this the corporation had been created. And it differed in two major ways in comparison to other business forms that had existed in the past – it didn’t consist of a real person as it was a legal entity, and it’s owners didn’t have to worry about financial failure – because the corporation would be responsible for any debts, and fiscal disasters.

So – to explain the organization of a corporation – it functions as follows – the owners of a corporation is it’s “share-holders” – it’s these persons that put most of the cash into the corporation that make it “come alive” – as they buy their shares in the corpus with the hope that these are later to give more money back (it’s almost like Frankenstein receiving electricity). 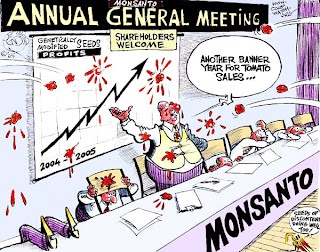 And this is the very essence of the problem as to why the corporation has become such a all consuming monster in our world – that rebukes any notion of morality in order to further it’s profits. Because what have the shareholders instructed their corporation – with it’s built-in brain as the board of directors, and the arms, and legs as the CEO? Well – they’ve told this corpus to MAKE PROFIT! GET ME SOME RETURNS ON MY STOCK! And what will the CEO, and board of directors do? Well – they want to keep their jobs, and preferably become even more lucrative on the job-market – so they will MAKE MONEY – and lots of it! Regardless of the consequences, because hey – they are only doing their job!

So – the very reason as to why CEO’s and board of directors, and corporations – are in essence complete psychopathic maniacs in terms of the decisions that they make – is because this is what they are instructed to do by their shareholders. And who’s the shareholders? Well – that’s you and me – the normal persons – the people that have their pensions stored away in some type of economical format – maybe some type of a stock in a profitable company? And as such – the terror of corporations is brought unto the world by you and me – without us really understanding how our decision to buy stock that we want to make money from – in-fact influence and create the world we know in which corporations acts without mercy and regard for life. 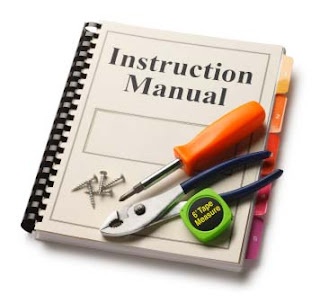 Thus – see, realize and understand that the corporation isn’t bad – it’s only received a dysfunctional instruction – instead of writing in the law that the corporations main purpose is to make profit – we could instead write that the main purpose of the corporation is to serve all life on the planet – what a different world we would have then! As CEO’s and boards of directors would suddenly shift their attention – form trying to emulate profit – to instead emulating life – and a supportive environment for all.

A better world is possible – check out Equal Money and See how – and stay tuned for more fascinating insights into the secretive and mostly unknown world of Law.
Posted by Unknown at 1:39 PM